EGLG, through its own assets and through its vast network of partners and agents, provides end-to-end logistics solutions for its clients across a range of sectors in various regions globally. EGLG prefers to partner with its clients in order to identify, assess, plan and execute the appropriate solutions for a given set of needs. We desire our client relationships to be collaborative, not transactional. As such, we provide in-depth client service and engagement, ensuring that our clients receive both excellence in planning and execution, but also the peace of mind to know that we are looking out for their interests.

EGLG’s management team and employees have decades of experience in managing logistical challenges for commercial, NGO, governmental and military clients in virtually all regions of the world. We’ve shipped everything from livestock to steel, from food products to military equipment – to and from every corner of the globe. 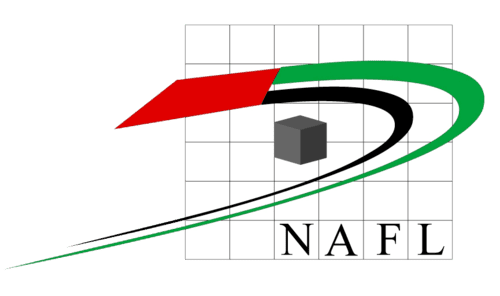 Eagle Global Logistics Group (EGLG) is an international logistics and hostile environment services company based in Dubai, UAE and Riyadh, Saudi Arabia, with other corporate offices in the United Kingdom, United States, Djibouti and Somaliland. The company provides services globally through its extensive network of partners and agents throughout the world, with a particular emphasis on post-conflict, hostile or underdeveloped markets. The scope of our services is reflected in the depth of experience and past success of our leadership, employees and partner network.

Eagle Global Logistics Group (EGLG) is an international logistics services company based in Dubai, UAE, with other corporate offices in the United Kingdom, United States, Saudi Arabia, Djibouti and Somaliland. The company provides supply chain solutions to a range of sectors globally through its extensive network of partners and agents throughout the world.

EGLG has brought together an impressive group of leaders and partners that provide decades of experience in all elements of global supply chain logistics services. Be it conventional shipping via sea, air, land across the globe, warehousing and distribution, or complex project logistics services such as transporting over-dimensional cargo, we have delivered world-class services designed to get the job done regardless of circumstances – on-time, and on-budget.

With our global network of relationships across the global supply chain industry and a creative dynamic team behind us, we use economies of scale combined with high quality service partners to ensure our clients get the best value for money.

We have an in-depth understanding of local and international supply chain logistics and therefore assist our clients by identifying potential risks throughout their entire supply chain so actions can be taken to mitigate or eliminate risks. This ultimately leads to the client successfully fulfilling their obligations to their stakeholders. Our ethos is primarily based on the client’s expectation that EGLG is the subject matter expert with an intimate knowledge of client demands while ensuring best value for money is provided. 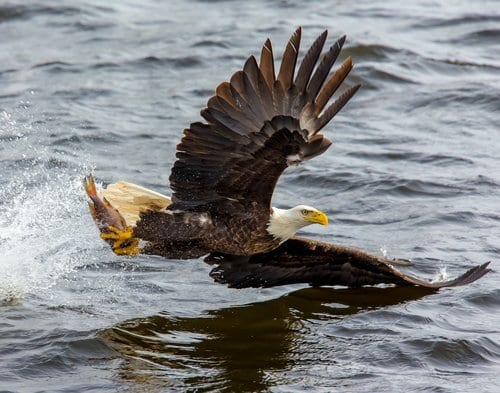 Born and bred in Somaliland, Mr. Farah is the co-founder of Physical Risk Solutions, and Eagle Global Logistics.

His specialist knowledge of the security industry and deep understanding of African culture, business and politics is instrumental in helping to forge the direction of the company and guiding the management team on operational and sensitive issues.

A graduate in economics, Mr. Farah brings with him over 10 years of entrepreneurial experience throughout the Horn of Africa including financial management, political advice, emerging markets and threat analysis.

He is passionate about his native land and is eager to invest in the development of Somaliland to build local infrastructure, opportunity and sustainability.

Mr Farah is based in Dubai.

With over 38 years of experience in military and commercial environments Richard Wilson has built a highly successful managerial career with expertise in operational and business management. Richard completed a successful and accomplished career in the Royal Navy as a Marine Engineer on both surface vessels and nuclear submarines. Notably he served as the Liaison Officer for Souda Bay, Crete where he was responsible in Southern Europe for engineering, logistical and operational support to NATO ships operating in the eastern Mediterranean.

Since leaving, he has served in a number of executive management positions including Business Analyst, Chief Operating Officer and Chief Executive Officer. He is a co-founder and partner of Critical Operations Group (COG) and Eagle Global Logistics Group. His management portfolio includes partnering with the world’s governments, military units, drug enforcement agencies, peacekeeping operations, non-governmental organizations and commercial entities to deliver some of the most important and sensitive contracts in remote, austere and hostile operating environments.

He continues to be instrumental in development of the company’s strategy to maximize growth and efficiency and has led the mobilization on a number of high profile projects. This includes COG’s investment into Physical Risk Solutions where he took up the position of CEO to lead the company through its growth strategy.

Mr. Heinrich served ACCL as Executive Vice President from its inception in 2003 until recently, and he remains an equity partner in that company. Prior to co-founding ACCL, Mr. Heinrich served as President and Principal of several companies he founded and eventually sold, the most recent being Monolith Interactive Solutions, which was purchased by internet logistics provider iLink Global in 2000.

Mr. Heinrich is based in Dubai.

Mr. Paul Stukel is a co-founder of Critical Operations Group Gulf. Mr. Stukel has acted in various roles to ACCL International since its inception in 2003, including Acting Chief Financial Officer and, most recently, Senior Advisor.

Mr. Stukel is also the founder of Nexxus Publishing LLC, a Chicago-based, multi-faceted corporation that integrates media, marketing and online retailing, and which is a portfolio company of COG. Mr. Stukel was previously the Co-Founder and President of iLink Global, a Chicago-based provider of internet-based transportation management systems and on-line logistics services, which was ultimately sold to a publicly-traded company in late 2000. Prior to iLink, Mr. Stukel was the Senior Director for Strategic Assessment for The HAVI Group, an Illinois-based $4.0 billion logistics, manufacturing and marketing company.

Mr. Stukel is based in Chicago, Illinois.

EGLG, with its parent Company, Dubai-based Critical Operations Group Gulf, is an emerging leader in the provision of goods and services to public and private commercial enterprises, and government entities in various markets around the world.

Further, EGLG places a high emphasis on Social Corporate Responsibility and sees itself as a committed partner to both our customers and the communities in which we do business. We are determined to make a difference in the countries in which we operate by fostering partnerships, providing employment opportunities and developing a long-term “footprint” to ensure prosperity – not just for ourselves, but for our customers and the local communities we touch.

This has allowed us to earn a reasonable return while keeping costs low, all the while making a difference in regions that have seen strife and want for too long. Our company’s approach has been validated in perhaps some of the most inhospitable environments in the world, including Afghanistan, the Northwest Frontier of Pakistan, Mongolia, Kenya, and others.

Difficult environments, such as hostile or post-conflict environments, present particular challenges when it comes to logistics. Eagle Global Logistics Group is the leading logistics company in Dubai, UAE offering end to end logistics solutions to clients around the globe, providing turn-key strategies including freight forwarding services, customs clearance, drayage, warehousing and distribution, and more for industries within any sector. Our international logistics experts have decades of expertise in all aspects of our work to offer value to our clients. Look no further for access to world class global logistics services.

As the leading freight forwarders in Dubai, Eagle Global Logistics Group offers the most competitive pricing when it comes to logistics freight forwarding solutions in Dubai, UAE. As a full-service freight logistics company, we specialize in the most complex needs of our clients to deliver premium service from beginning to end. We work with organizations in a range of sectors, such as governmental, commercial, and NGO in order to address the challenging needs that hostile environments present. As your most trusted international freight forwarder, we deliver success in everything that we do.

If you are looking for the most trusted logistics management company in Dubai, UAE, you can count on the team at Eagle Global Logistics Group. To learn more about our services, call today at +971 4 368 1464.

GET IN TOUCH WITH US.